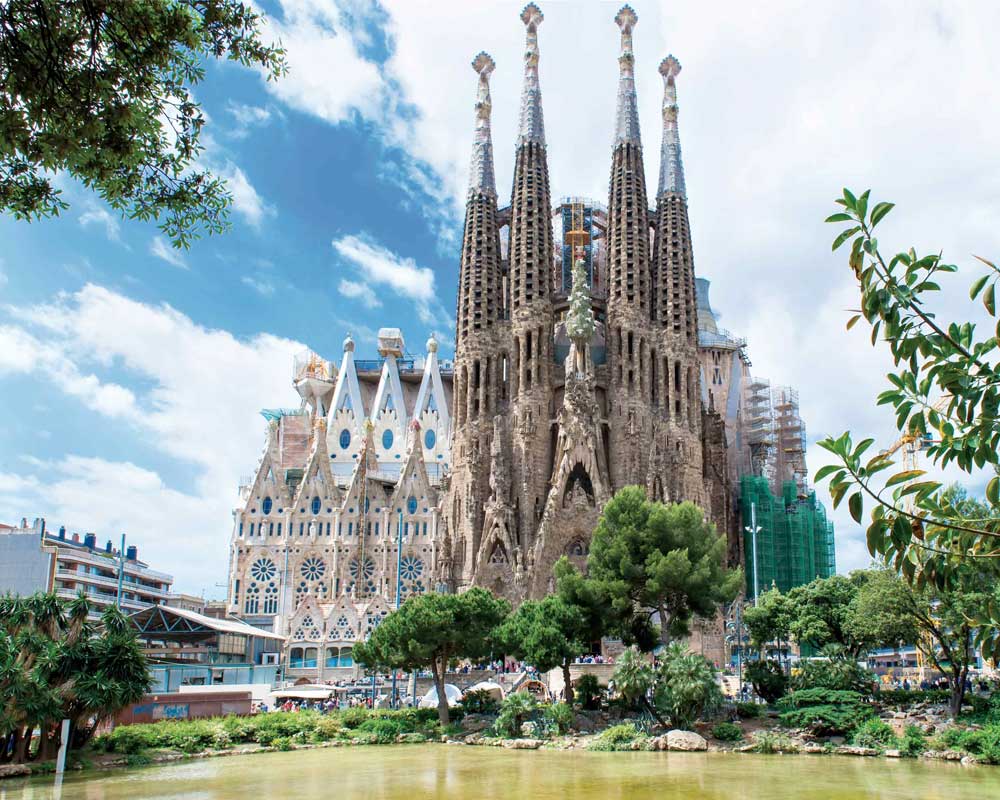 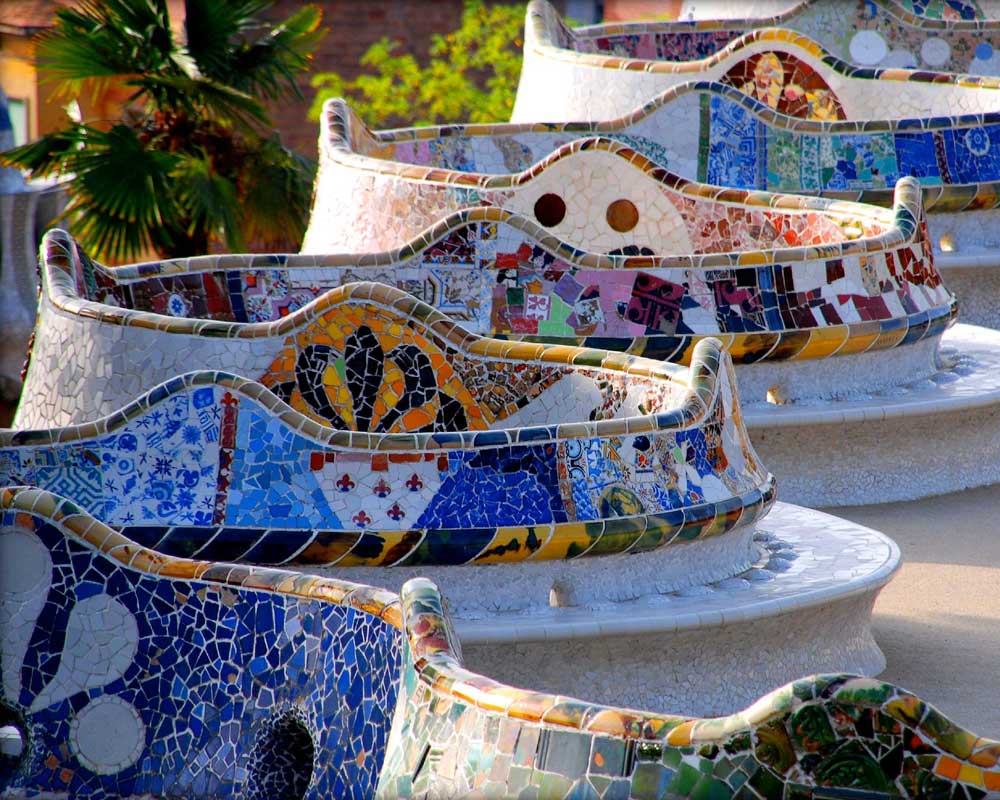 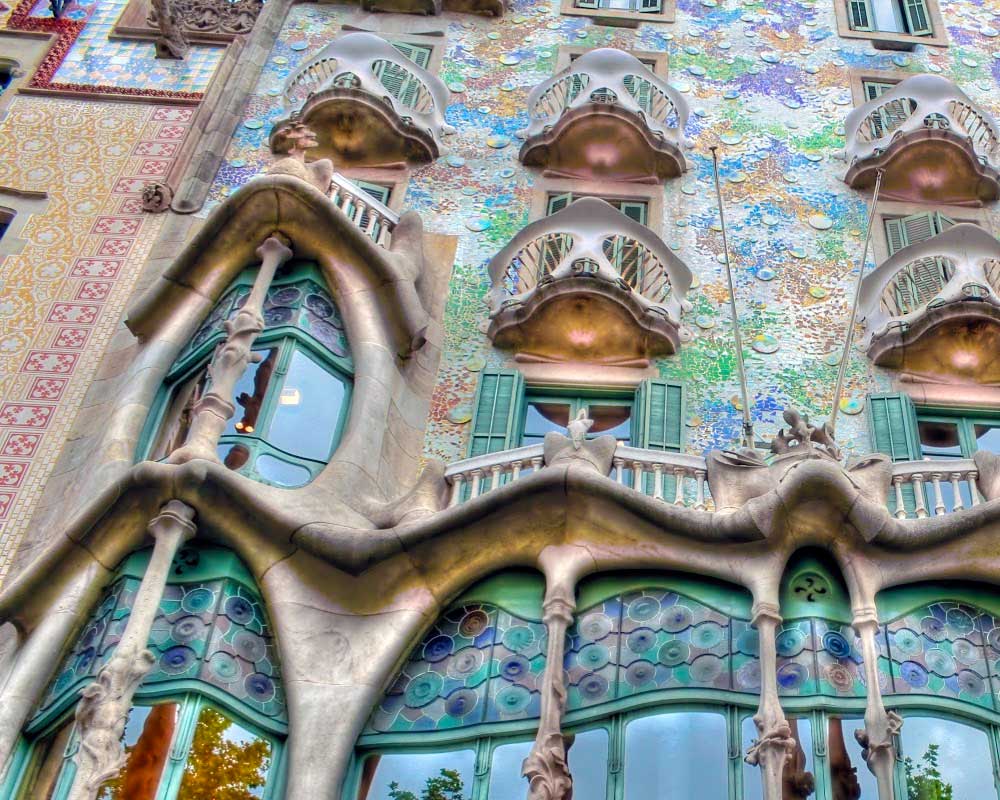 Gaudí, the architect who designed the Sagrada Familia (Holy Family Church), also designed the most iconic park of the city, Park Güell. He moreover built houses in the “extension” of the city, of which Casa Milá  (Mila’s House) and Casa Batlló (Batllo’s house) are the most popular. All of these buildings have been declared World Heritage Sites by UNESCO. He designed more than 20 buildings in his life, most of them in Barcelona. At the beginning of his career as an architect he used as decoration plants and animals, and when he became more self-confident he gave his buildings shapes related to nature, an advance of what now is known as “organic  architecture”.

Antoni Gaudí was born in a little village 70 miles south of Barcelona, — when he was a child he had two main influences: firstly, is that he belonged to a family of coppersmiths, so he was used to see how a bi-dimensional plank of copper was transformed into a three dimensional object, this is very useful for architects, to see how space is created.; secondly, is that he had a rheumatic illness that prevented him from going to play with other children, so instead he spent hours observing nature: plants, rocks, insects, birds…etc.

Sagrada Familia is the most visited attraction in the city, but it is still in progress. The construction started in 1882 and it is already 70% done, so after so many issues and doubts about its accomplishment, arquitects wanted to finish the basílica in 2026 but this has been imposible due to the pandemic. Nowadays there is not a fix date to finish it. Today the inside of the building is practically finished, but on the outside still they have to build 10 more towers, all of them higher than the 8 towers already built. 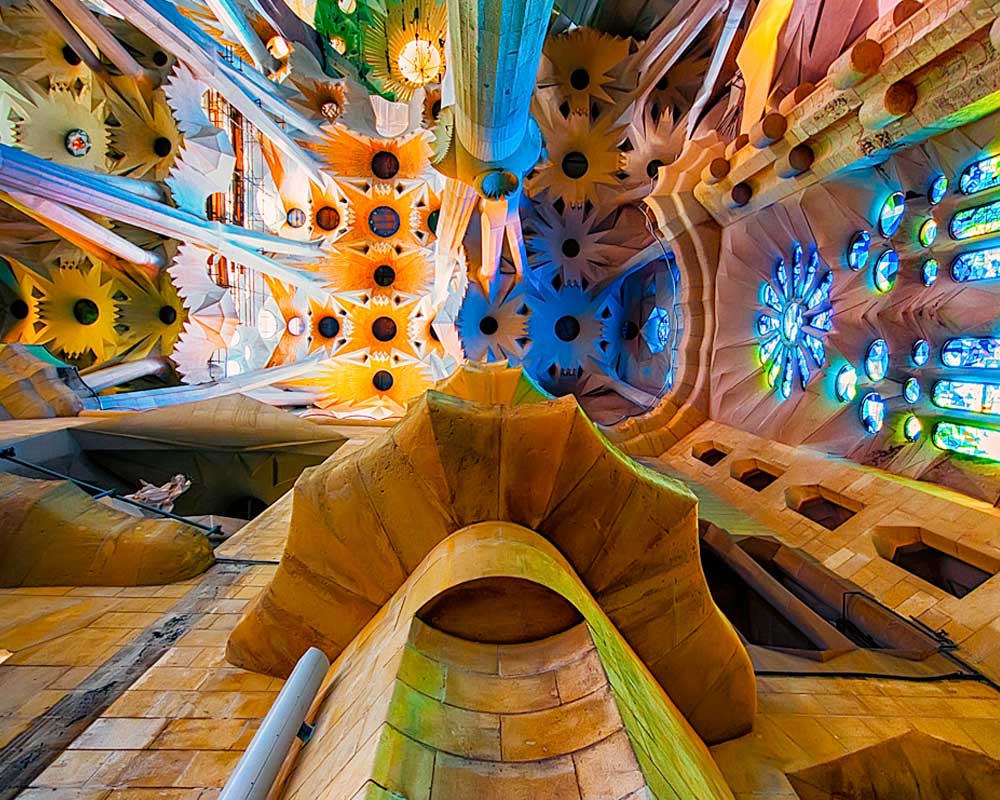 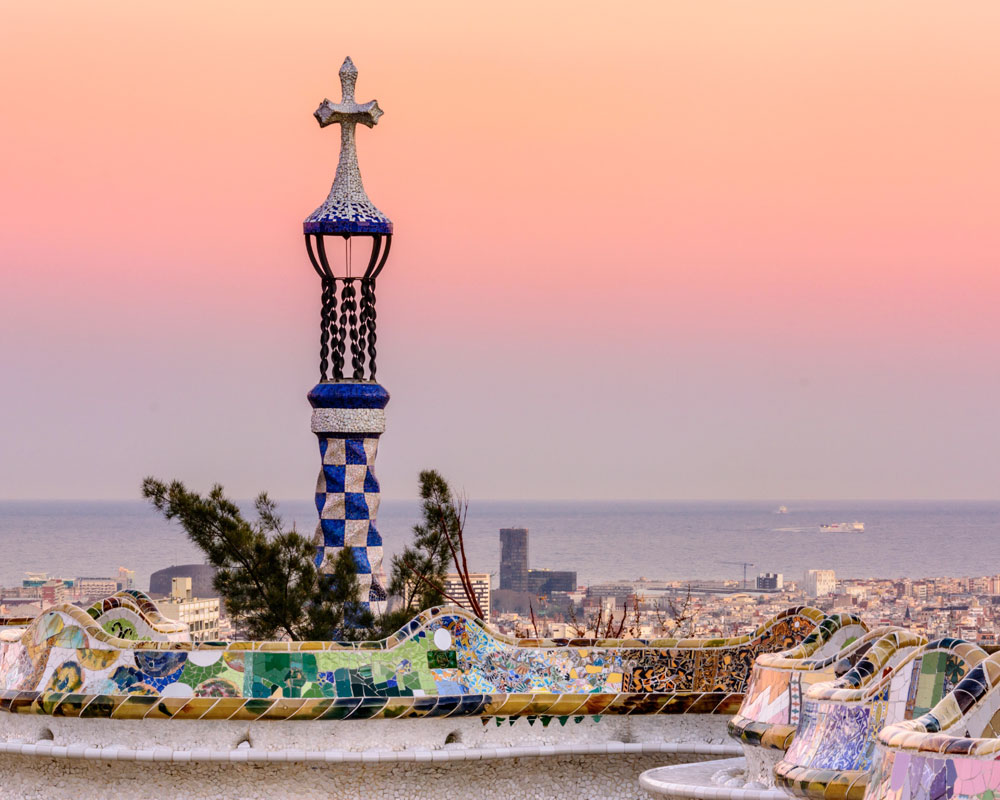 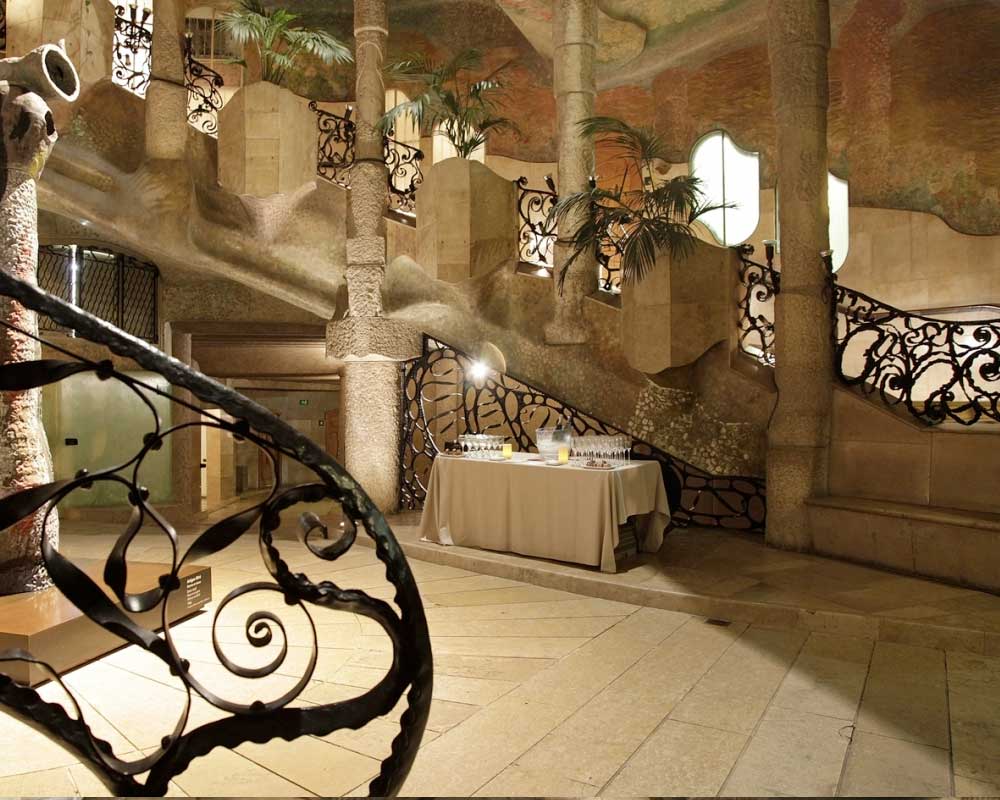 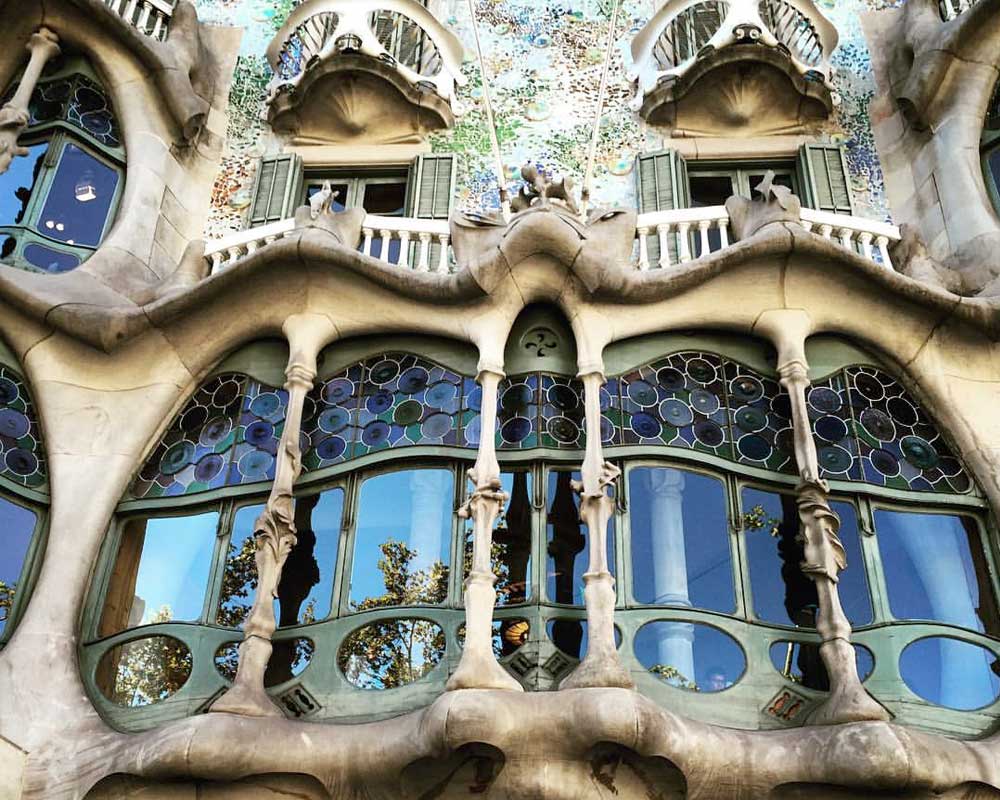 Park Güell occupies a litle hill North of Barcelona. Originally was not intended to be a public park but a house development, the project that businessman Mr. Güell had for  the “Muntanya Pelada” (Barren mountain) never went through and now we have a very original park famous worldwide.

Casa Milá, most popular known by “La Pedrera” (the stone quarry) by locals is probably the most original building in the city. Today many people visit this extraordinary building, but in the past it seems not everybody thought the same way. Gaudi designed this massif building as residence for family Mila in 1906, and when he finished it in 1912, he focussed only in Sagrada Familia church.

Casa Batllo, also known as “The house of bones” is another house designed by Gaudi for a whealthy family. It pass from diferent hands until the present owners bought it in 1993 and a few years later they decided to exhibit, now we can admire the flat where the owners used to live and other parts of the builidng after a deep restoration in 2002.

Going with a licensed guide of Barcelona all these attractions can be visited without standing in long lines to access.

In this tour you will get to know the personality, influences and motivations of Gaudi as long as the social and economic background of the city that he worked in at the end of 19th century and beginnings of the 20th. Barcelona is distinct from other Spanish cities because it was one of the few cities in Spain to have undergone the industrial revolution. Then it was known as the ‘Manchester of the Mediterranean’. You will also discover more sites and learn about the prosperous relationship between the rich factory owners and the artistic movement of the time: Art Nouveau or Modernism, as it was known in Spain.

This is a half day tour (4 hours) visiting the interior of Sagrada Familia, Park Guell and one of the houses; if you want to visit the inside of both houses an extra hour is needed minimum.